An article in LBM Journal lays out four useful strategies for reducing truck turn time. Demountable Concepts would like to suggest a fifth option. 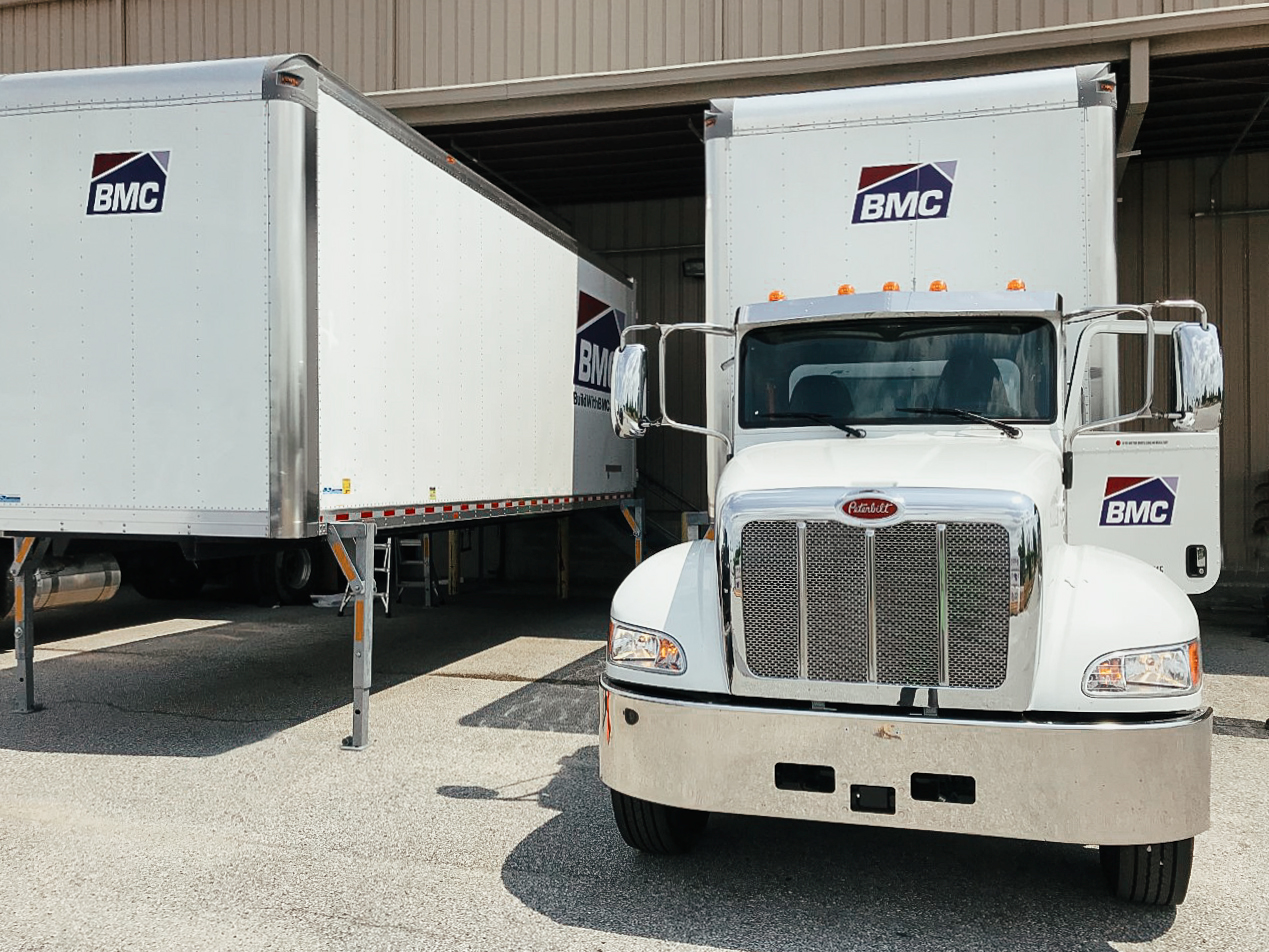 If the wheels aren’t turning, your trucks aren’t earning! To put it another way, less time spent loading trucks and more time spent delivering goods to your customers will improve profitability and sustain growth.

In theory, getting trucks in, loaded, and out quickly is a simple concept, but “Average Straight Truck Turn Time” is a critical metric that continues to confound and frustrate many who manage delivery operations.

In an article in LBM Journal, Scott Morrison, who works with LBM members to increase operational efficiency and has “worked on projects where the average truck turn time was as high as 180 minutes,” or not even known except for a “best guess,” lays out four useful strategies for reducing truck turn time. We would like to respectfully suggest a fifth option.

Demountable trucks are often referred to as the best kept secret in delivery. This solution lets a single cab-chassis equipped with a lift and locking unit quickly swap between multiple truck bodies that stand on retractable legs. It literally provides two-trucks-in-one functionality at a lower cost than keeping extra trucks around to load into. When utilized with the first four strategies above this solution can trim turn time to a lightning-fast 10 minutes per truck.

No Down Time = Faster Turn Time

Fork lift accessible box and flatbed bodies are loaded at the dock or in the yard, while other bodies are out on the truck making deliveries. After delivering, drivers bring their returns back and demount the truck body for unloading. Next, a pre-loaded body is mounted and the driver is back to making deliveries in as little as ten minutes. Swap Bodies also reduce another key metric, Driver Retention, since drivers are picking-up a pre-loaded body, similar to a trailer drop-and-hook, there’s no waiting to load. They just swap and go! This goes a long way to sustain morale and boost driver retention during the ongoing labor shortage.

‍“turnaround time in our millwork yards is greatly reduced. The ability to load our products for our second trips of the day while our trucks are out making deliveries allows us to get additional product delivered each day in the most efficient manner. Having access to the Demountable body in the afternoon allows our associates to pull and load the deliveries going out first thing the next morning without having to wait for the truck to return from the afternoon deliveries. This saves on overtime and improves our operational efficiency.”

Along with building materials and millwork, Demountables are utilized in a wide range of industries including internet and furniture retailers, snack food companies, kitchen cabinet manufacturers and installers, wine and spirit distributors, HVAC and plumbing, nurseries, party rentals, and 3PLs.

‍
Additional Demountable benefits include uncluttering your loading dock and yard because instead of staging product, it’s pulled and loaded directly into freestanding bodies. This reduces touches and boosts worker productivity because they can load directly into freestanding bodies instead of pulling, staging on the dock, and then loading into trucks as they arrive. Swap Bodies also reduce overtime costs because workers can load during regular business hours instead of coming in early or staying late to load trucks when they’re at the facility. Demountables get your trucks to their first deliveries earlier because drivers climb into pre-loaded trucks and depart immediately. Some companies have been able to add a 2nd delivery run per truck for each shift.

The Magic is in the Metrics

“Average Straight Truck Turn Time” is one of many metrics that help delivery companies thrive by tracking an activity to help fine tune a process for maximum efficiency. For demonstration purposes, let’s say a two truck fleet manages to shave 40 minutes from their turn times during the day shift. By improving the process of getting trucks in, loaded, and back on the road they now have an extra 347 hours available per year for deliveries that were previously used for turning trucks. Imagine having some of that extra padding in the schedule the next time you’re sweating to get challenging deliveries to your customers on schedule.

At Demountable Concepts we eat, drink, and sleep logistics. We’ll be happy to have a conversation with you about improving Average Straight Truck Turn Time and other metrics that will benefit your operation.

Ready To Work Together?

We’re always on the hunt for ambitious projects that push the boundaries of how products are delivered. Our account reps eat, drink, and sleep logistics. They will be happy to have a conversation about how Demountables will benefit your operation.
Get in touch
or call (844) 364-4021